Earlier this year, a friend liked a photo of a sewing project and added a comment: “Too bad your neighbor’s ratty garage is in the background.”

I guess a painting project was in order this summer. What else is there to do in our Covid-19 quarantine? Another job for the distaff side!

Here’s a close-up view of the rattiness.

Out house was built in 1908, which is pretty old for a house in the US, and we expect that the garage dates from the same time. The garage originally was a barn and carriage house. Long ago, for security reasons, we boarded up the window that the horses could look out of (bicycles and power equipment tend to disappear from garages in my neighborhood).

While we have dragged our house into the 21st century, we have let the garage lean into the ravages of time (literally – it leans a little). We hope that one day our neighbor’s sickly tree will fall on it. Until then, the garage is held together with spiderwebs and mildew. And now a new coat of latex paint.

Everyone believes there’s a right way and a wrong way to paint. Doubtless, that’s true. But there’s also the “get it done” way, which is my way. No need to get precious about it.

I began by scraping down bits of loose paint – a new occasion to wear a mask!

I had to get on a ladder to reach the top of the garage. My husband kept an eye on me, so that he could dial 911 if I fell. I was fine. It was exhausting. Now I know why people who work on ladders all day are so lean and fit – you keep your balance using muscles you never knew you had.

I primed the bare wood. (Did I sandpaper the surface first? Ha! Who are you kidding?!?) Then I painted the trim, in a charming color called “Puppy Paws.”

Then it was on to the clapboards, painted in the much-less-charming color “Tudor Brown.” It looks like melted milk chocolate. When I was done, I was jonesing for a Hershey bar.

Altogether, the job took about 10 hours, spread over three days. Each day I’d do as much as I could and I rested in between.

What unusual home-improvement projects have you tackled during quarantine? 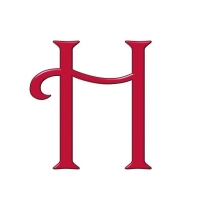 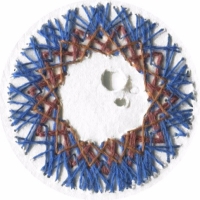 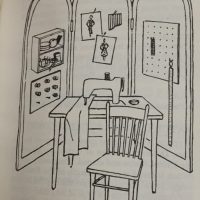